Cloud storage is a means of service to host various files, in order to keep them stored without the risk of being deleted or lost. This type of storage allows you to contain files of different formats and types such as images, documents, videos, among others. 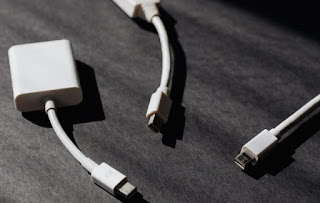 Dropbox is known for being one of the most complete services that have been designed as information hosting, it is considered as a type of cross platform that offers in its cloud, also allows users to store, synchronize and share files of different formats online (images, videos, documents). Dropbox can be used through any smart mobile device or computers, only Internet access is required for access.

The best alternatives to Dropbox

This has remained for many years leading on the web thanks to the features, advantages and services offered to users. However, today it is not the only storage found in computer networks, since there are currently many free alternatives and you pay that offer the same benefits as Dropbox.
Making a list of the best alternatives to Dropbox head the following:

Google Drive is the file storage service that competes and stays on par with Dropbox. We must consider that this computer application is well designed and has very good references since it belongs to the great Google Company, in addition, it is necessary to consider that the applications and services offered by Google always meet the expectations of users.
The hosting that has Google Drive can be used in two ways, the free space that is made up of 15 GB (Gigabytes), while the storage of 100 GB (Gigabytes), 1, 2, 10, 20 and 30 TB (Terabyte ) is low monthly cost. The decision to use Google Drive free or paid will depend on the user.

Microsoft OneDrive is considered one of the viable options that is counted as a file hosting service in computer networks.
The storage plans offered by Microsoft OneDrive are divided in two different ways:
Free storage is comprised of 25 GB (Gigabytes).
Paid storage can be purchased for 50, 100 and 200 GB (Gigabytes).
The Microsoft OneDrive service is characterized by offering:
Office Online package.
Storage of shared website links in the favorite files folder.
Formation of online groups with a storage of 5 GB (Gigabytes) of space. These integrations are allowed to create, share, save, modify and delete any type of files found in the Microsoft OneDrive files.
Allows subscription in Really Simple Syndication feeds (RSS).
Download generation in .zip files.
Photo hosting for other users to view.
It is available in a compatible application for Windows Phone, Android, Windows 10, iOS, Windows 8.

Mega is part of the cloud hosting group. This is known as a remote backup service, and it is the immediate successor of Megaupload.
It is important to highlight that Mega competes with the best services of distance, and without hesitation, it is one of the best options before the Dropbox replacement.
An important feature that Mega has is that it allows the user to modify the language, with more than 30 languages ​​available.

Bitcasa is one of the great hosting companies that fights the Dropbox, thanks to its versatility and practicality when using it. This is compatible with several operating systems, including: Microsoft Windows (XP, Vista, Windows 7 and 8), Linux, OS X and various web browsers, and is available as an Android mobile application.
Regarding the products and services that Bitcasa grants to each user the storage for the centralized transmission of files with simultaneous availability on any device that accesses this application, in the same way, it allows to visualize in real time the files that are included in it.

SugarSync is one of the alternatives that exist before the Dropbox. This service allows you to create backup copies of any file that is hosted in the cloud folders, in addition, it allows you to access them every time the user indicates it.
The subscription of the SugarSync service is low cost, however, it allows a free trial for 30 days.
Many users choose SugarSync because of the power and simplicity of the structure, since it allows the synchronization of the folders immersed in it, the backup copies are created in real time, in addition, to allow the modification of the files found in he.
One of the advantages that SugarSync has is that the account can be accessed from any computer or smart mobile device.

What could be the other Dropbox options?

Although Dropbox is known for being the best of the best, it maintains a lot of powerful competition in the market, and undoubtedly day by day they appear more to try to replace it and displace it from the position it is in.
Despite the aforementioned list of requested alternatives, there is a more extensive group of options for replacing file storage in the Dropbox, this new list is composed of the following services:
Box
Cloud Drive
Wuala
Syncplicity
HubiC
Spiderak
Megacloud
Ubuntu One
Stupid
Jungle Disk
MEGA Extension.
iCloud
IDrive Online Backup classic.
4shared
Drive juice.
Cloudme
Dropbox Portable AHK.
Power Folder
The simplicity, power, versatility and practicality that Dropbox maintains is really superior to other storage service companies, however, the preference that each user may have will depend on the choice of these web clouds.

Dropbox is not the only option that exists in the market, and a fairly large list of free and paid options that were available was previously exposed. Each of these services has its own characteristics, and each time these large companies design these applications or storage clouds they perform it with new improvements to please the customer.
Also Read :- How To Fix Kernal Security Check Failure?